Taking a closer look at the 'carbon payback' argument

Comparing operational grid carbon emissions with out of date embodied carbon data for solar PV has created a myth that solar PV doesn't 'payback' the embodied carbon associated with its production. Recent evidence suggests this is not the case.

We think there are better ways to evaluate the environmental performance of renewables than the carbon payback period. Once electricity grids fully decarbonise, the carbon payback period for any renewable technology will be longer than their operational lifetime, but we will still need to continue deploying renewables to decarbonise other sectors, and to meet new demand. Our thinking needs to move beyond displacing carbon, and toward how we power a zero carbon society.

We should also consider that the reason the grid carbon emissions are falling is in part due to the installation of PV, so we need to keep installing it to reach the low carbon grid that we urgently need.

See our analysis below, and the full article originally written and posted by Chris on LinkedIn in an article called The rapid fall of solar's embodied carbon.

We need a lot more solar PV to decarbonise the grid

According to the Climate Change Committee, the UK's solar capacity needs to increase by around six times to achieve net zero. At current build rates this will take over 300 years, so build rates need to significantly accelerate, and then stay there. 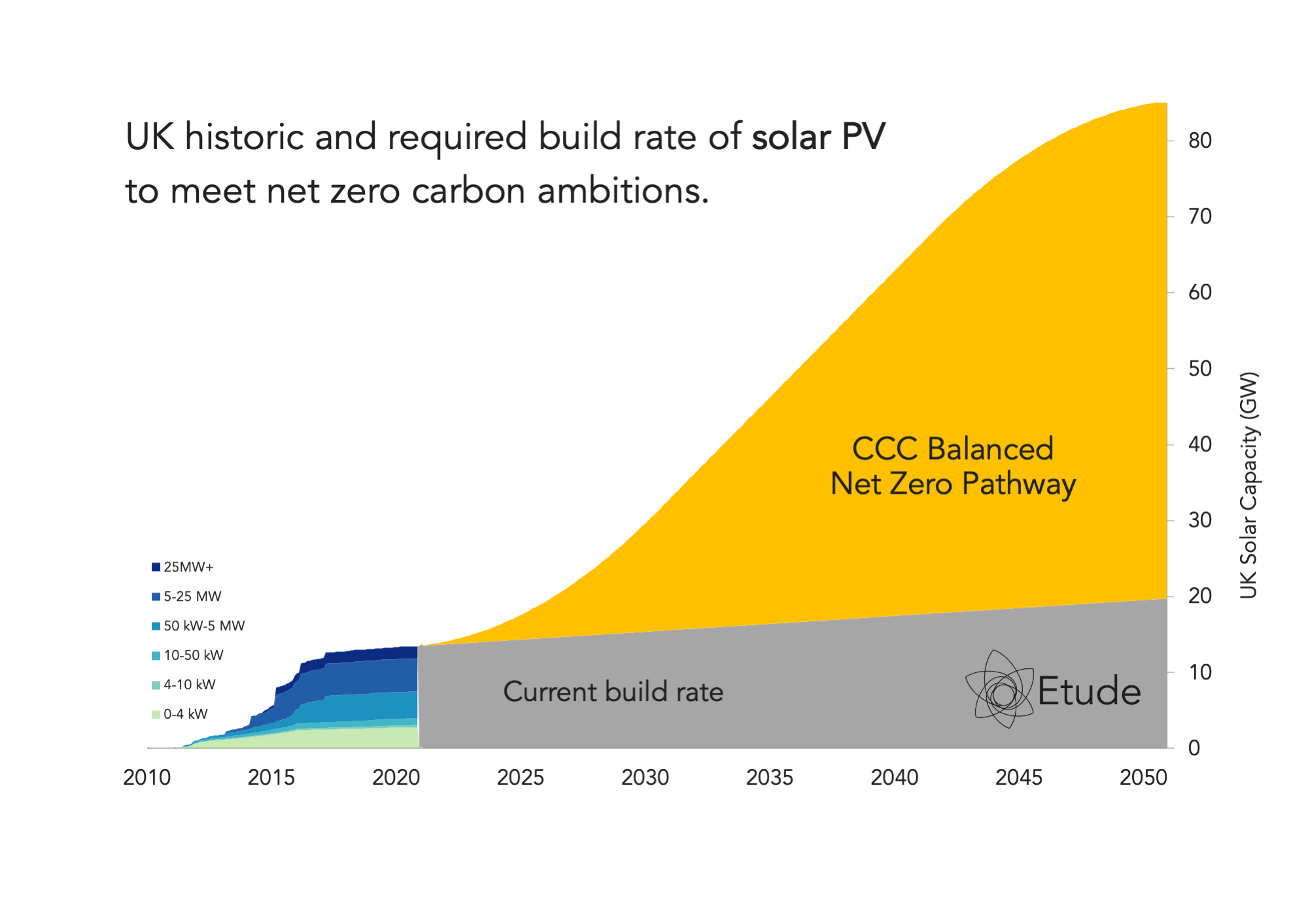 Articles and blog posts claiming that PV does not 'payback' appear to use embodied carbon figures that are about a decade out of date. Comparison of more up to date sources such as Environmental Product Declarations with long-term studies, such as one by Louwen et al indicates that the embodied carbon of solar in 2020 was around 615 kgCO2/kWp of installed capacity. This is 76% lower than the 2,560 kgCO2/kWp that is commonly referenced. First Solar's Global Sustainability Director also recently reported a typical value of 500-600 kgCO2/kWp for monocrystalline silicon.

Our estimate is likely conservative as four of the world's largest solar manufacturers (Longi, Jinko, First Solar, and Hanwha Q-Cells) have signed up to RE100, committing to 100% renewable electricity supplies for their operations. Other manufacturers are taking a similar approach. Solar powered solar. 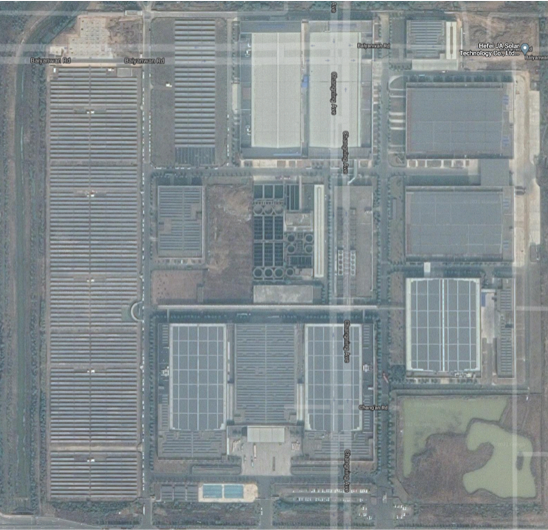 JA Solar facility in Hefei, Anhui Province, China, one of the world's top three solar manufacturers. A large amount of ground and building mounted solar is installed across the site. (satellite image from google maps).

Both of the studies referenced calculated emissions per unit energy generated based on generic locations. These have been adjusted by Etude to represent a typical reference system in London**.

In 2020, embodied carbon for the reference system was calculated at just 27 gCO2/kWh, with an expected range of 20-34 gCO2/kWh for systems in the UK. The lower end of the range represents a South facing system located in Penzance with 0.5% annual degradation and microinverters. The upper end of the range represents an East/West facing system in Aberdeen with a 0.54% annual degradation and a central inverter. 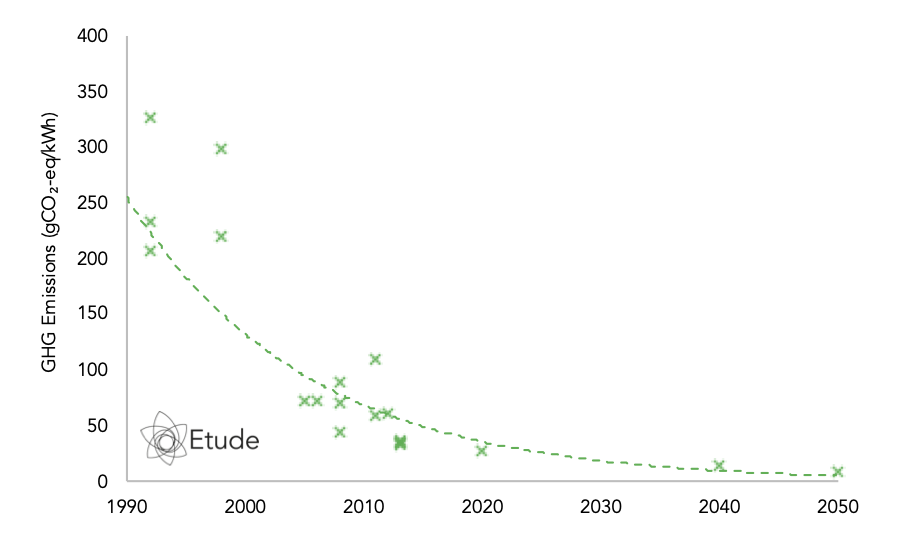 Does it still make sense to install solar photovoltaics?

Yes, yes, yes. Solar offers one of the lowest carbon forms of electricity generation available, and it is getting better all the time. The embodied emissions per kWh are currently about five to eight times lower than the average grid carbon intensity, and about eleven to eighteen times lower than electricity generated by a combined cycle gas turbine.

← A Net Zero Toolkit for homes